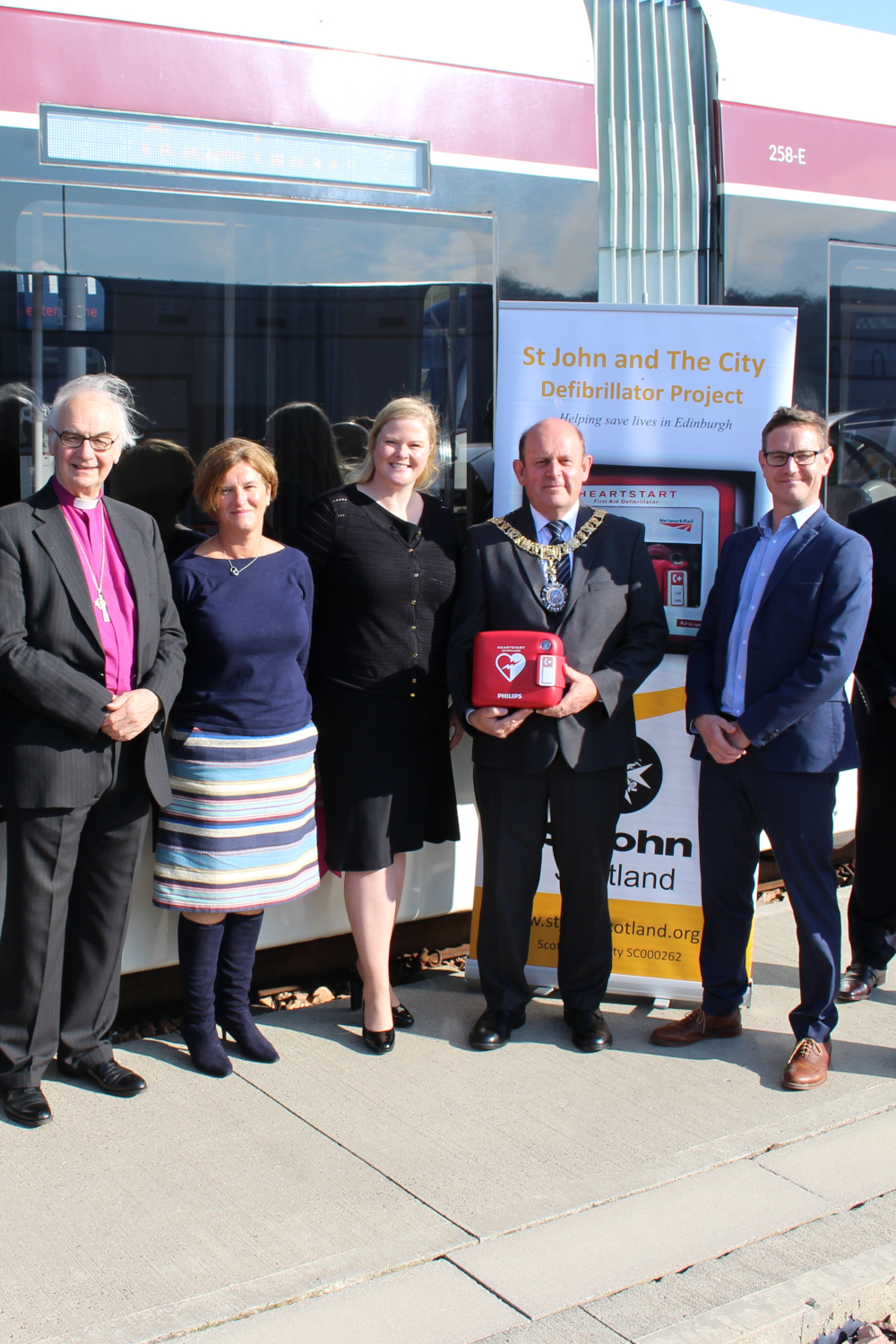 St John Scotland’s ‘St John and the City Public Access Defibrillator Project’ is continuing to roll out life-saving defibrillators across Edinburgh, and this morning (Tuesday 12 September), a second wave of defibrillators was installed on Edinburgh’s trams. 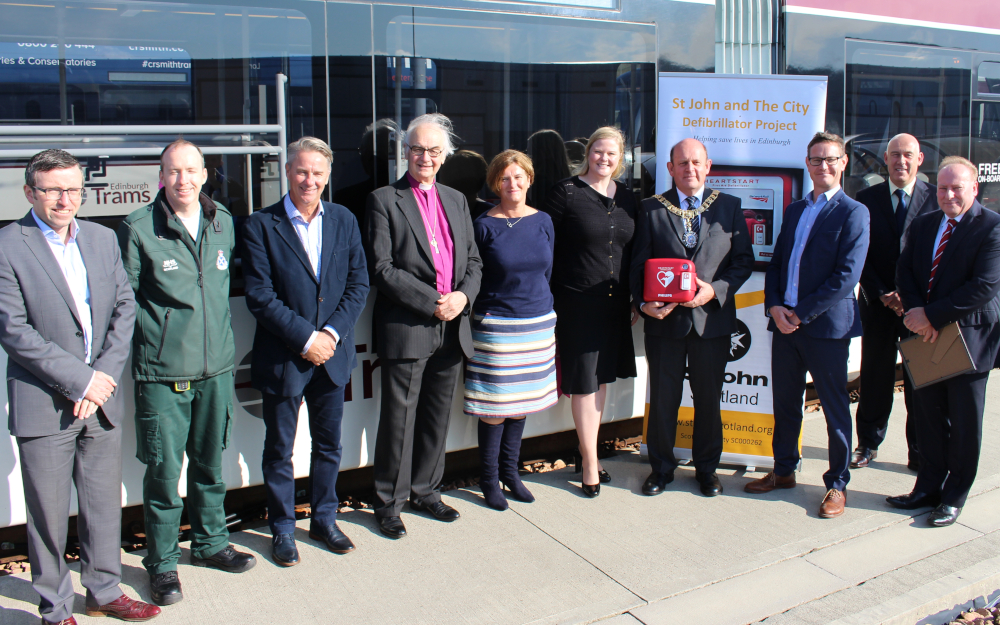 On Valentine’s Day this year, the St John and the City project placed the initial phase of defibrillators on Edinburgh’s trams, acting as a lifeline throughout the city. This full fleet deployment of defibrillators will allow for tram breakdowns and days in which large events mean there are more trams running.

The aim of the project is to place life saving devices at strategic sites - known as Hosts - across Edinburgh, taking into account the volume of people in the immediate vicinity. The project has seen St John Scotland’s Edinburgh committee team up with various businesses – or donors – around the city to place life-saving defibrillators in key locations. Currently, 123 defibrillators have been placed in Edinburgh and surrounding areas.

Public access defibrillators are expensive, with a defibrillator and protective box costing around £1,500, but the easy-to-use units can prove vital in the event of someone suffering a cardiac arrest.

Edinburgh’s Lord Provost Frank Ross has pledged to lead support of the defibrillator campaign on behalf of the city. He said: “The machines we install today will save lives going forward. Not only will these public access defibrillators help tram passengers in need, they can easily be taken off the carriage and used at tram stations.

“It really is fantastic to see the campaign come so far and it would not be possible without the St John and the City volunteers or the fundraising efforts of Edinburgh citizens. I am delighted to now pledge my own support as St John continues to roll out these life-saving devices, and I hope to see them in each and every Edinburgh community and across the Capital’s public transport network.”

Lea Harrison, Edinburgh Trams Managing Director, commented: “We’re delighted to be involved in this project, which has the potential to save many lives.

“The defibrillators on board our trams will not only be deployed if a customer becomes unwell, but can be used if a member of the public suffers a cardiac arrest nearby.

“As the tramway serves many residential areas, employment centres and key destinations for visitors, tens of thousands of people are only minutes away from the arrival of equipment that can make all the difference in an emergency.”

Major General Mark Strudwick, Prior of St John Scotland said: “We are delighted with the progress the St John and the City Defibrillator project has made over the past twelve months.

“Through the incredible efforts of donors, hosts, guardians and fundraisers, we have been able to place life-saving kit throughout Edinburgh and surrounding areas.

“With a defibrillator on board every tram running from Edinburgh Airport to York Place, we know that the chances of saving a life in an emergency is increased."