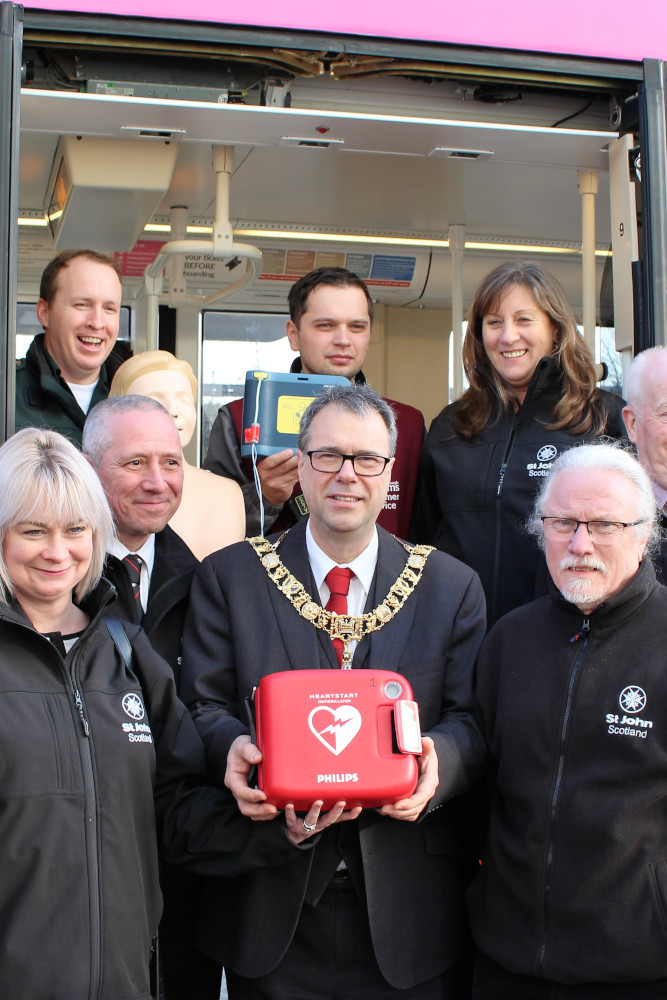 This St Valentine's Day, St John Scotland's 'St John and the City' project placed public access defibrillators on each of Edinburgh's trams, which can prove critical in an emergency.

The launch event, which was attended by donor businesses who provided the funding for the defibrillators and Edinburgh's Lord Provost, the Rt Hon Donald Wilson, who champions the project, was held at the Gogar Tram Depot.

The aim of the project, run by St John Scotland's Edinburgh committee, is to place life saving devices at strategic sites — known as Hosts — across Edinburgh, taking into account the volume of people in the immediate vicinity.

The project has seen St John Scotland’s Edinburgh committee team up with various businesses — or Donors — around the city to place life-saving defibrillators in key locations, now including the tram network. 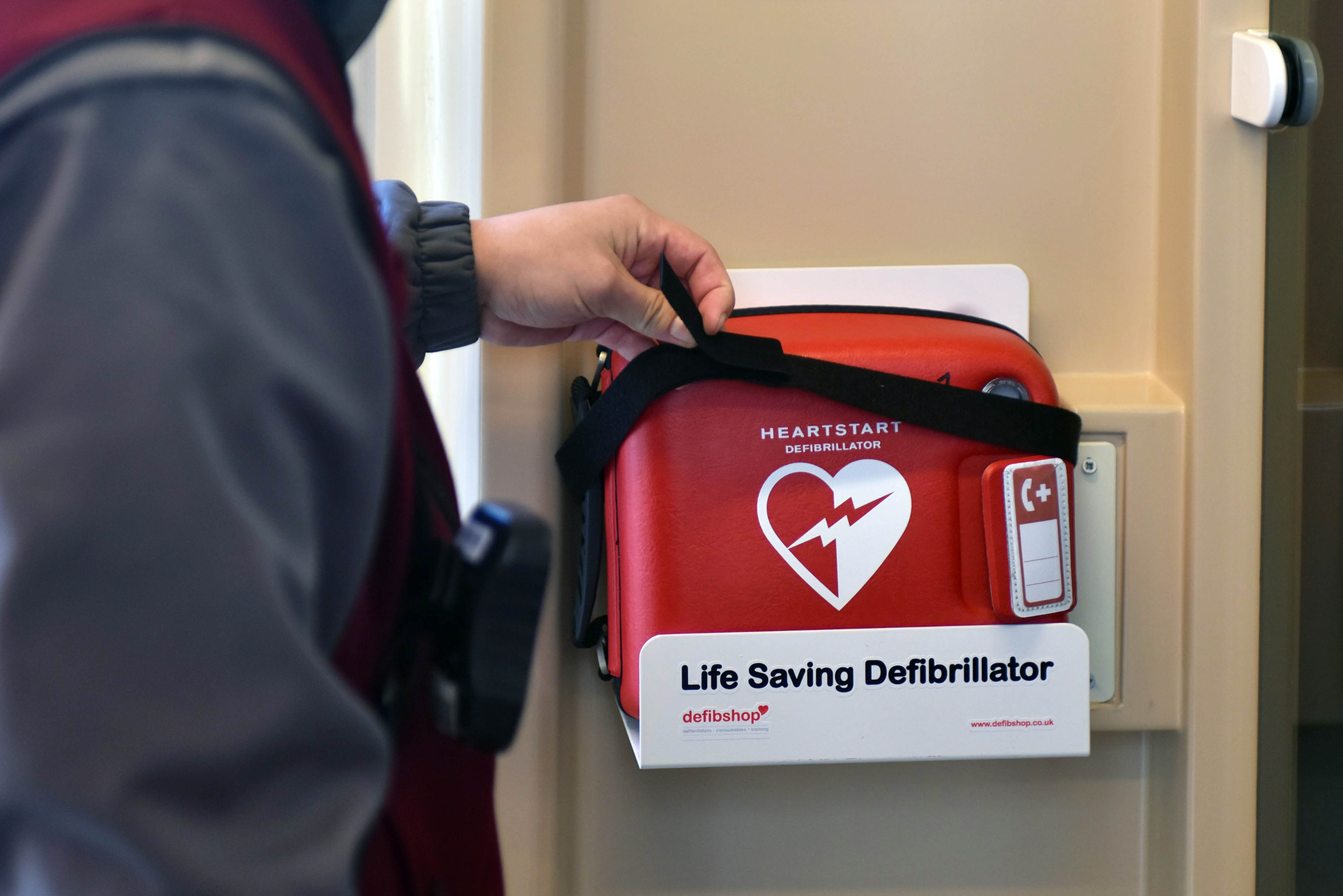 Businesses who have provided the necessary funding for the defibrillators on Edinburgh’s trams include Royal Bank of Scotland, Virgin Money, Montague Evans, Charlie Miller, GLM, Phillips and Laerdal, and Newtyne Consultancy and Training.

Donations from the public and money raised through St John Scotland’s Edinburgh fundraising events also contributed towards the costs.

Public access defibrillators are expensive, with a defibrillator and protective box costing around £1,500, but the easy-to-use units can prove vital in the event of someone suffering a cardiac arrest.

The new defibrillators on each of Edinburgh’s trams will not only be deployed if a tram passenger takes unwell, but can be used if a member of the public suffers a cardiac arrest in the vicinity of a tram during its journey.

A spokesman for Edinburgh Trams commented: “We are wholeheartedly behind this initiative by St John Scotland, which has the potential to save many lives.

"We're delighted to be playing such a central part in their plans to roll out defibrillators across the city. It’s not just tram customers who will benefit — as the system serves so many key locations and communities, having defibrillators installed on our trams is an innovative way of ensuring that Edinburgh residents and visitors are close to this life-saving equipment should they be taken ill.”

Provost Donald Wilson is a Champion of the project. “By fundraising and working together, we have made great strides increasing people’s awareness of the need for defibrillators and the provision of these incredible devices in Edinburgh," he said.

“Nobody in Edinburgh should need to think twice before using a defibrillator in an emergency, which is why I am delighted St John and the City will be offering advice and training to tram staff. Not only can the machines help passengers in need, they can be taken off the carriage and used at tram stations.

“The machines we install today will save lives going forward. I can think of no better gift to the city this Valentine’s Day and I thank all of the defibrillator donors for their generous support.”

Lynn Cleal, fundraiser for the St John Scotland Edinburgh committee, said: "We are delighted to bring together the Donor businesses with Edinburgh Trams to install these lifesaving defibrillators.

"The St John and the City project is committed to making defibrillators more accessible to members of the public and, as they will now be on every tram, we hope that they will be able to save more lives in Edinburgh.”

The framework for the project was developed following a pilot scheme undertaken in early 2015, which saw St John Scotland successfully partner with Network Rail to provide necessary support for hosting four defibrillators at Waverley Station.

One year on, these defibrillators have been deployed four times, and used to tackle two heart attacks, demonstrating the benefits of having immediate access to lifesaving and easy to use equipment in public places such as Waverley.